Reshaping our thinking - the new EU

The effect of the UK’s referendum on membership of the EU has been felt around the world and has generally been met with caution, as individuals and businesses wait to see what the real impact will be. Whilst we understand this careful approach to the wide range of uncertainties in the international markets, we also perceive many short and longer-term opportunities to capitalise on the dramatic impact of Brexit. It’s vital to understand the risks – but the prospects too.

We have gathered materials from teams around our international network that consider the current situation and some of the most feasible global outcomes and consequences of Brexit.

We will continue to update this page with further analysis as developments take place, so please check back regularly for new updates.

It’s been a week of mixed messages. Not just from the Bundeskanzlerin and the Taoiseach. It’s the same in the London real estate market.

On the one hand, a report from Real Capital Analytics says that liquidity in the Central London RE market is at a 10 year low, presumably thanks in part at least to Brexit jitters.

On the other hand, M&G Prudential announced earlier in the week that they were going ahead with their £875million ‘Gotham City’ tower in the City’s Leadenhall Street and the Barclay Brothers decided the time was right to float the prospect of a sale of the Ritz for c£800million.

On an anecdotal level, we have seen two new potential UHNW inward investors in the last two days who are keen to deploy significant capital into the London market. We always said it would be a roller-coaster ride.

Whilst the majority of the UK retail market is moribund, recent research has shown that 30 new fashion brands have opened stores in London’s West End in the last 12 months.
This underlines the importance of the West End to international fashion brands.

Whilst investment into London has fallen in the first half of the year compared to last year, developers still have an appetite for new schemes due to strong occupier demand in key areas. For example 60% of space in current scheme in the City is already let.
For more on the matter please speak to James or Jeremy or see here.

The recent US Federal Reserve Bank’s cut to interest rates means that we can expect US private wealth and family offices to increase their exposure to direct real estate investment with London being particularly attractive given the current downward pressures on Sterling.

Brexit: The latest on the UK immigration process

Brexit uncertainty: how not to take it out on your staff

Gloom and doom or boom?

Business and Brexit: EU Summit approval – does anything change in practice?

Global economy fears outweigh concerns over the impact of Brexit

Brexit meets trust law - part 2: if Boris was a trustee would he resign or wait to be pushed out of office?

Brexit meets trust law: If Boris was a trustee there’d be no unchecked prorogation

Brexit and EEA citizens – how to stay in the UK

With Brexit, now is the time to consider whether you should move your art 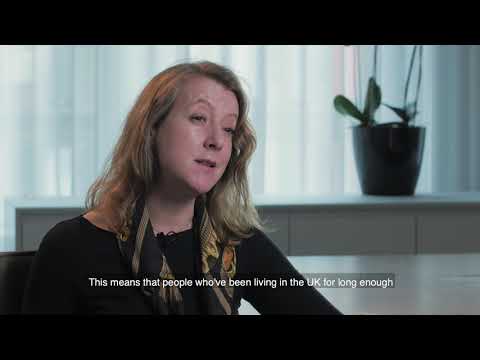 We also want to know your thoughts and concerns on the issues addressed here – please get in touch by contacting our regional client services teams on the numbers below, or by emailing us on clientservicesteam@withersworldwide.com.

We use cookies to give you the best experience on our website. If you continue, we'll assume you're happy to receive all cookies on this site. However, you may change your cookie settings at any time.