The prices and prizes of becoming dual qualified

This article, authored by Withers' media and reputation partner, Amber Melville-Brown was published by The Times on February 27, 2020.

What is better than being a lawyer? Being twice the lawyer that you once were — or more accurately, becoming a dual-qualified lawyer.

Consider the benefits: seamless advice across jurisdictions; multiple legal options to serve clients; and more clients to serve. Consider the disadvantages: pressing pause on your current professional life; significant costs; and the worst of the lot — exams.

Admitted as a solicitor in England and Wales in 1995, I have bags of experience as a media lawyer. But keen to serve an international clientele, I have also bagged myself admittance as a New York attorney.

How difficult is it to convert — and is the journey worth the destination?

A foreign lawyer may only practise in the US if she is admitted as an attorney in America — or to a limited extent as a legal consultant practising her own domestic law or on a successful application to work on a particular case pro hac vice alongside a US-admitted attorney.

Protectionist, certainly, and uncharacteristic for the Americans, as they shield their domestic market of 1.35 million attorneys. But defensive practices can ultimately diminish the pool of experience and expertise, so foreign lawyers are allowed to cross the threshold.

One of the first lessons for a foreign student is that the 50 states have wildly differing laws and qualification processes.

The Comprehensive Guide to the Bar Admission Requirements 2019, published by the National Conference of Bar Examiners and the American Bar Association (ABA), runs to 50-plus pages setting out the requirements across the different states.

Those without law degrees may be hard-pressed to follow its complicated matrices, but its overarching message is that without that degree, there is no cigar. Negotiation is an art practised by all good lawyers, but as the guidance clearly sets out: “Neither private study, correspondence study, law office training, age, nor experience should be substituted for law school education.” That is non-negotiable.

English law degrees are usually successfully transferred to the US system, allowing those lawyers to go directly to the Bar exam. But armed with a degree in modern languages, a conversion course at the then-College of Law, two decades of experience, teacher, writer, commentator on media law . . . in the game of legal monopoly I was handed the chance card: my lack of law degree was a “deficiency” to be “cured”.

In New York state, the rules of the Court of Appeals govern admissions and the cure for my deficiency — and the 120 students in my 2017 class of international students at New York’s Fordham University School of Law — was an LLM. This process turned my English non-law degree into the key to the Bar exam and ultimately to admission.

A study visa, requiring reams of detailed paperwork, proof of sufficient funds, plus an interview at a US embassy are also required. This visa entitles you to study, not work — so those already practising need be prepared either to put their domestic practice on hold during a sabbatical offered by a supportive law firm, or to take time out altogether and to leap into the darkness.

If you can get your hands on the visa and the fees, you then have to get to grips with the law. Studying foreign legal concepts in a foreign language — and England and America surely are two countries divided by a common language — is difficult. And there is a mind-blowing array of subjects from which to choose.

Graduation comes around quickly. Mortar boards in the air, a hasty hoorah and a celebratory cocktail.

Two days later you are likely to be enrolled in a computerised crash-course of Bar exam study, offered by a range of organisations that hurtle you through ten hours a day of intense study towards the exam eight weeks later.

Do not fool yourself — studying for the Bar does not mean you are learning how to practise American law. You are a factory-fed goose pumped full of dry rules to memorise by heart and then regurgitate with precision over two full days of exams.

During the study process sleep is anathema, health fails, relationships founder, life contracts. “This too shall pass . . . and so will you” was my property professor’s refrain. It did and I did. But the memory still haunts.

The uniform Bar exam, recognised in 35 US jurisdictions thus far, is a portable prize, enabling the happy possessors to “waive in” and practise in some other states. What is colloquially known as “the Bar exam”, offered twice a year in June and February, is operated by the National Conference of Bar Examiners and consists of the multistate Bar exam — a six-hour, 200-question multiple-choice exam; the multistate essay exam — six essays in three hours; and the multistate performance test, a three-hour problem-solving practical exam.

That is not all. Aspiring attorneys are also tested on their professional ethics by way of the multistate professional responsibility exam. And having shown sufficient proficiency in federal law, students need also to study for the idiosyncrasies of the state Bar exam.

In New York, students must also acquire 50 hours of qualifying pro bono work, which I completed as an intern at the not-for-profit organisation, Ted.

Just when you thought it was all over, the prize of the swearing-in ceremony is still tantalisingly out of reach until you have attended the state’s character and fitness committee to convince an interrogator that you are worthy.

Was the prize worth the journey? Mine was a fascinating voyage through unchartered waters, the learning a spirit-raising joy, the exams a soul-destroying horror.

Professionally, dual-qualification is an accolade that is respected by clients and colleagues; practically, it is a necessity to serve those clients and work alongside those colleagues in the US. 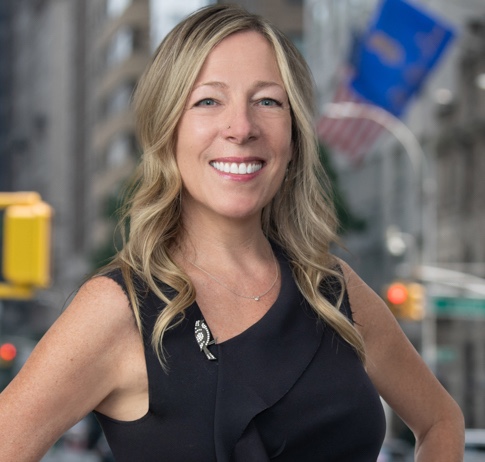