The Corporate Transparency Act: a new US federal reporting requirement for beneficial owners of US entities

The National Defense Authorization Act (“2020 Defense Act”) became law with support from veto-proof majorities in both the U.S. House of Representatives and Congress, despite being vetoed by President Trump.

These rules reflect a growing international trend to require disclosure of beneficial ownership and creates compliance similar to many other countries, including but not limited to Bahamas and Bermuda, for example.

Creating the concept of a "reporting company" and providing some exceptions

The 2020 Defense Act creates a new reporting requirement for legal entities (and also provides certain notable exceptions). The term "reporting company" means a corporation, limited liability company, or other similar entity that is (i) created or formed pursuant to the laws of a US state, or (ii) formed under the law of a foreign country and is registered to do business in the United States.

Exceptions to these rules are provided. For example, perhaps most importantly for international families with closely and privately held companies, there is an exception from reporting for an individual whose only interest in a corporation, limited liability company, or other similar entity is through a right of inheritance. There is also an exception for companies with more than 20 employees, gross receipt or sales of more than $5 million, and physical presence in the United States. Finally, companies that are operating in certain already highly regulated industries such as banks, credit unions, registered money transmitting businesses, registered brokers or dealers, registered exchange or clearing agencies, registered investment companies, insurance companies, public accounting firms, public utility companies, and 501(c) organizations and their operating companies are not required to make these new FinCEN reports.

Who is a "beneficial owner"?

There remains some question on the scope of who is included in the term "beneficial owner". We do know that the term "beneficial owner" is defined as an individual who, directly or indirectly, through any contract, arrangement, understanding, relationship, or otherwise, exercises substantial control over the entity or owns or controls not less than 25% of the ownership interests of the entity. We also know that the term "beneficial owner" does not include (i) a minor child, (ii) a nominee, intermediary, custodian, or agent on behalf of another individual, (iii) an employee of the reporting company, (iv) an individual whose only interest in the reporting company is through a right of inheritance, and (v) a creditor of the reporting company unless the creditor exercises substantial control over the entity, or owns or controls more 25% or more of the entity. However, the Transparency Act does not define "substantial control" and does not clarify how the "25% or more ownership" will be measured. Also missing is specific guidance on the application of these rules to entities other than a "corporation, limited liability company, or other similar entity" and therefore begs questions around partnerships and various types of trusts. Further guidance is needed.

The scope of reporting

These changes represent a significant change to current rules and requirements. While state law has not changed, these requirements create a federal overlay to existing state law. Under current law, in most US states, a corporation or an LLC can be formed simply by filing the articles of incorporation or certificate of formation with the secretary of state, with such forms executed by an organizer who need not be an owner or representative. There has historically been no requirement to provide information to the federal government with respect to the ownership of a company. The 2020 Defense Act changes that and will require each reporting company to provide four (4) key identifiers about the beneficial owners to FinCEN, first at the time of its formation and, subsequently, on an annual basis. These four identifiers are:

In the name of national security

FinCEN is limited use of the information received. FinCEN may only disclose the beneficial ownership information upon request by (i) a US federal agency engaged in national security, intelligence, or law enforcement activity, (ii) a State, local, or Tribal law enforcement agency, (iii) a federal agency on behalf of a law enforcement agency, prosecutor, or judge of another country, (iv) a financial institution subject to customer due diligence requirements, with the consent of the reporting company, or (v) a US federal functional regulator or other appropriate regulatory agency.

While the Transparency Act does not specifically address whether beneficial ownership information would be subject to the Freedom of Information Act (FOIA) request, the Act does state that FinCEN may disclose the information only upon the receipt from the listed agencies or regulators, and FOIA is not on the list. In addition, the disclosure of the beneficial ownership upon the FOIA request would invade the beneficial owners' personal privacy, which we anticipate would result in being exempted from the disclosure subject to the FOIA.

Penalties for non-compliance can apply

Any person who willfully fails to report or provides false information is subject to a fine of up to $10,000 and possible imprisonment of up to two years. 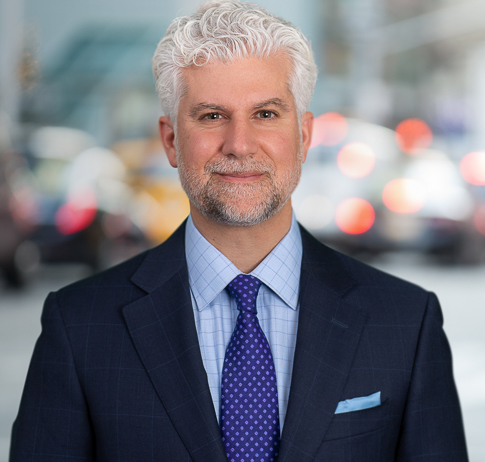