How to mitigate risks when investing overseas

More often than not, investors do not give enough thought to their choice of investment structure and appropriate vehicle. Offshore companies are often used as investment vehicles mainly because they are tax free, easy to maintain and (at least until recently), offer confidentiality.

Some key issues to consider:

The stability of the jurisdiction of the investment is important. A.M. Best's Country Risk Tier ('CRT') assesses a jurisdiction based on three factors - economic, political and financial.

Singapore is ranked as a CRT-1 nation, meaning its economic, political and financial system risks are all 'very low'. Hong Kong, Cayman Islands and British Virgin Islands ('BVI') are all in Tier 2, or 'low' risk. China, though, is in Tier 3 with a 'moderate' risk level due largely to significant government intervention.

With the global shift towards transparency, several countries - which now include Singapore, Cayman Islands and BVI - have legislated laws requiring companies to maintain a register of beneficial owners which is not available to the public. Hong Kong will be implementing similar requirements this year, but it requires the register to be publicly available, similar to the United Kingdom.

Most countries have adopted the OECD Common Reporting Standards allowing countries to look at their citizens' bank accounts in foreign jurisdictions.

The availability of minority protection and derivative action is important if the investor is a minority shareholder in the investment vehicle.

Enforcement of foreign judgments and arbitration awards and the ease of such enforcement are critical in the protection of the investor's rights.

These are treaties between two or more countries which give qualifying foreign investors important rights relating to the country in which they invest. These treaties typically provide protected investors with rights such as 'fair and equitable treatment', non-discrimination and a right to compensation if they have suffered the expropriation of their investment (whether directly or indirectly). These are known as 'substantive rights'.

Notably, many investment treaties also provide qualifying foreign investors with the right to seek damages from the state into which they have invested in international arbitration if substantive rights in the treaty have been breached by the state.

Many investors, however, are not aware of such treaties which protect them and allow them to seek compensation. For example, investors may not know that Singapore has such a treaty with Libya. They may also not know that Indonesia recently terminated its bilateral treaties with Singapore and China.

The number of bilateral investment treaties has risen considerably in recent years, from under 500 in 1990 to approximately 3,000. More than a third of such treaties involve at least one Asian state.

More than 700 claims have been filed under such treaties since the first claim in 1989, with more than 80 of these involving either Asian investors or against Asian states, emphasising the importance of such treaties.

Major brands are being publicly shamed for basically saving on taxes. However, there is nothing illegal in what they are doing. The companies are just taking advantage of existing tax rules which have been in place for many years.

Tax planning is thus even more relevant and important today. Tax planning is different from tax evasion. It involves strategic planning in order to prevent double or even multiple taxation. But investors now would need to add another consideration - whether it is morally wrong to save on too much taxes through the use of legal tax structures.

As you can see, there are plenty of issues to consider when deciding where to place your investments. Looking at any one issue on its own will be insufficient, and may open investors up to more risks instead.

Adopting a holistic approach ensures that all bases are considered before an investment decision is reached.

A version of this article was first published in the April 2018 issue of The Business Times Wealth Magazine. 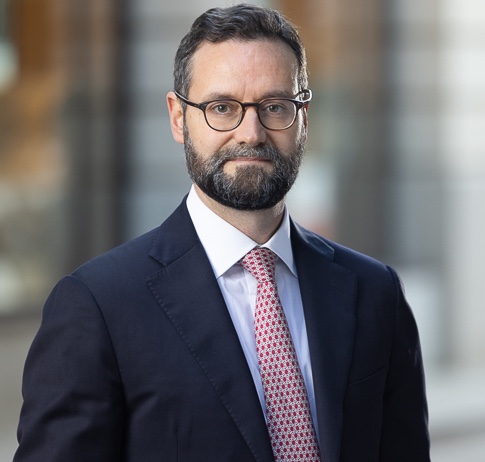