It's the end of the OVDP world as we know it

On March 13, 2018, we were reminded of the truth of the adage "big things come in small packages." In a very brief IRS news release that spanned little more than a page, the IRS announced that it will begin to ramp down the 2014 Offshore Voluntary Disclosure Program and close the program just 6 months later on September 28, 2018. While this news release provides some important details, it also raises many questions.

What the IRS has revealed

There are five key takeaways crammed into this brief (but mighty) IRS news release:

1) The OVDP program has been successful and profitable

The news release states that the OVDP program, which has undergone several iterations since its inception almost 10 years ago, has helped 56,000 taxpayers come into compliance with their US tax and reporting obligations and raised $11.1 billion in revenue for the US government.

Recent technological and geopolitical advances have made taxpayer's voluntary compliance far less necessary than in years past. Thanks to developments in datamining and the intergovernmental agreements, which are now in place between the United States and over 100 countries (allowing for a free-flow of information between such countries), it is no longer most economical for the US government to sit back and wait for people to feel scared enough or guilty enough to come forward and voluntarily correct their offshore tax and reporting errors. It was previously the case that seeking out noncompliant US taxpayers with unreported offshore holdings was so difficult and costly that it made financial and logistical sense to offer a reduced penalty rate to people who came forward voluntarily, thereby saving the US government the resources of having to track them down. However, the IRS now believes that it has the tools to root out offshore tax non-compliance with relative ease and minimal cost (as it pertains to each additional taxpayer). Thus, allowing taxpayers a cheaper way out through the OVDP program is no longer warranted, since the cost of detecting noncompliance has dropped so dramatically in recent years.

Since the OVDP program has been in existence for nearly a decade, and has been widely publicized domestically and abroad during that time, the IRS has far less sympathy for today's noncompliant taxpayers than the noncompliant taxpayers of yesteryears. With only 600 OVDP program participants in 2017 (down from a high of 18,000 participants in 2011), the IRS believes these stragglers to be somehow more willful than their OVDP participating predecessors and, therefore, more deserving of criminal prosecution and penalty.

Additionally, it does not make economic sense to keep the OVDP program operating when participation is waning so significantly, as the resources that were allocated to the administration of the OVDP program can be diverted elsewhere once the OVDP program is complete. Interestingly, the IRS seems to hope for a grand finale (with respect to bringing even more US taxpayers into US tax compliance) from the OVDP program, as they are giving taxpayer's ample warning (over 6 months) of the closing of the program in an effort to drive up 2018 participation.

The news release makes clear that the winding down and ultimate closing of the OVDP program does not signal a softening of the US government's position on unreported foreign accounts, assets, trusts and entities. Just the opposite, the release makes clear that, if anything, the US government is strengthening its position against willfully noncompliant taxpayers and eliminating civil remedies for dealing with such noncompliance. Rather, such taxpayers will be relegated to the domain of Criminal Investigations, which is a far less friendly place for wayward taxpayers.

The OVDP program changed drastically over the last 10 years and is now being eliminated entirely (as we know it). Acting IRS Commissioner David Kautter stated, “All along, we have been clear that we would close the program at the appropriate time, and we have reached that point." The release states that the Streamlined Programs, which are designed for taxpayers whose US tax reporting errors with respect to offshore holdings stemmed from inadvertent, nonwillful conduct, will remain in place (along with the Delinquent FBAR and Delinquent International Information Return Procedures). However, it is hard to overlook the latent threat that the IRS "may end the Streamlined Filing Compliance Procedures at some point," thus indicating that Taxpayers should not rely on these programs, as they can be stripped away at any moment.

Though the IRS has given us some key snippets of information, which give insight into its priorities, capabilities and tolerance, there are many unanswered questions, likely by design in order to motivate noncompliant taxpayers into immediate corrective action.

There are three main questions to which we have no current answers, only speculation based on experience:

1) What does the "ramp down" of the OVDP program entail?

The release gives no clues as to what the ramp down period of the OVDP program will hold in store for current OVDP participants or future noncompliant taxpayers who would not qualify for the Streamlined Program. It is not clear whether the IRS will begin to divert resources from the OVDP program now or prior to September 28, 2018. It is not clear how the IRS will handle the current backlog of OVDP cases that are currently in process and whether there will be a consolidation of these cases to fewer IRS agents. It is possible that there may be additional releases and OVDP updates that limit who can participate in the OVDP program and what that participation will look like. For example, on March 14, 2018, just a day after the IRS news release, the OVDP FAQs were revised to state that taxpayers who are in bankruptcy proceedings will likely not be allowed to participate in the OVDP program. Additional revisions and restrictions to the current OVDP program are almost guaranteed in the upcoming months.

2) What does the IRS New Release mean by "close the program on September 28"?

Based on the language of the IRS news release, it appears that the IRS's intention is to allow as many taxpayers to participate in the OVDP program as possible prior to the September 28th program close date. However, there has not yet been any guidance issued as to what stage of the OVDP program a participant must be in prior to the close date. As OVDP cases often span several years, it is not reasonable to expect that only taxpayers who have an OVDP closing agreement in hand by September 28th will make the cut.

3) What is the "IRS-Criminal Investigation Voluntary Disclosure Program"?

The biggest question is what is this new program, dubbed "IRS-Criminal Investigation Voluntary Disclosure Program," that the IRS has snuck into the release? While we have no details about this new program, there are a few clues that suggest its core nature. First, it seems likely that the new program (as the name suggests) will be in the criminal realm, with Department of Justice and IRS-Criminal Investigations leading the charge. Second, it seems likely that the penalties associated with the new program will be more stringent than those under the current OVDP program. Perhaps the penalty will increase from 27.5% to 50% or higher of unreported assets, and rather than 8 years of amended US tax filings as required in the current OVDP program, 10 or more years will be required, which will increase the tax, interest and penalties associated with coming into compliance. Additionally, jail time and other criminal penalties may also be part of the deal.

With so much uncertainty, taxpayers who have US tax noncompliance issues (whether it be willful or nonwillful) with respect to offshore accounts, assets, entities or trusts should come forward immediately to take advantage of the predictable and well-trodden programs that are currently in place. The opportunity to participate in the OVDP program is fading fast and what will be available to taxpayers after September 28, 2018, promises to be far less appealing (assuming a taxpayer is able to avoid detection until that time). The IRS has made it abundantly clear that nothing is a given and that today's deals are likely the best deals that will be on the table for many years to come. Speak to your trusted Withers LLP tax advisor or Shannon Retzke Smith (203-974-0318) as soon as possible to discuss the best option for coming into US tax compliance before options are taken off the table and the remaining options, quite unpalatably, involve an orange jumpsuit. 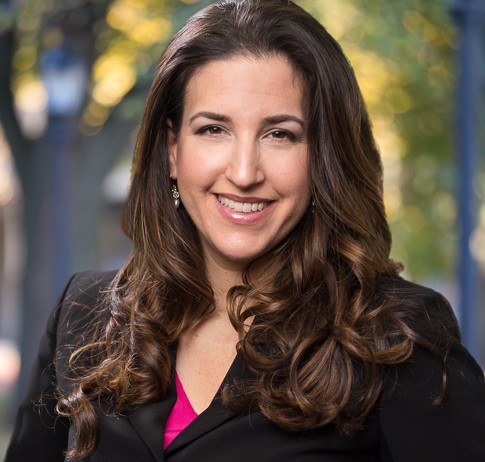