Planning ahead in times of the coronavirus

The COVID-19 outbreak took many of us by surprise. Countries around the world have been grappling to contain the spread of the virus, which has been acknowledged worldwide as being very contagious.

At the date of this article, more than 378,000 people have been infected worldwide, and death toll have increased to over 16,000. The contagious nature of the virus has caused widespread panic, especially since the number of fatalities and those under quarantine (and hence self-isolation) have been rapidly increasing. Countries after countries have announced either a full or partial lockdown in a desperate attempt to prevent further spread of the virus. Many studies have also opined that the sick and elderly as well as the young and strong adults are all at risk of being infected, highlighting the need for everyone to be prepared to fight the COVID-19 virus. With the situation becoming increasingly volatile, uncertain and critical, it has become ever more important for us to plan ahead (not only by stocking up masks and hand sanitisers but also by putting our affairs in order). After all, we all wish to ensure that our wishes are upheld and that our loved ones are well taken care of in the event of mental incapacity or death.

Wills have long been recognized as a useful wealth planning tool as it allows individuals to decide how their assets are to be to divided upon death and to choose someone they trust to be their executors. The benefits of making a will are well known and include: (i) avoidance of intestacy; (ii) exercise of testamentary freedom; and (iii) the relatively low costs of having a will prepared. However, in uncertain times like these, we need to think one step further and consider what will happen in the case of loss of mental capacity. In this situation, having a will is of no assistance as it shall not take effect until after the testator's death. If we lose mental capacity, we are no longer able to manage our financial affairs, operate our banks accounts, or even pay for our own medical expenses. Once we lose our mental capacity, our assets are, in practice, frozen until an application is made to the court for a committee to manage our financial affairs. This process not only takes time but it gives us no control over who the Court appoints to act on our behalf.

Having an Enduring Power of Attorney ("EPA") in place would be most helpful if we become mentally incapacitated. An EPA enables an individual (the "Donor") to appoint a trusted person (the "Attorney") to exercise specific powers over specified properties and financial affairs in the unfortunate event that the Donor becomes mentally incapacitated at a later date. One of the key advantages of making an EPA is that it is possible for an individual to have control over his/her choice of the Attorney, and the extent of the Attorney’s powers can be tailored according to the circumstances of each case. Typically, an individual may appoint one or more persons, for example his/her spouse or adult children above 18 years of age, to be his/her Attorney. An Attorney can only deal with the Donor’s assets after the EPA is registered with the High Court. As the EPA is such a powerful instrument, it must be executed by the Donor before a solicitor and a medical practitioner.

The EPA is a tool that is also commonly adopted by many other countries, including England and Wales as well as Singapore. In Singapore, the equivalent of an EPA is known as a Lasting Power of Attorney ("LPA"). In England and Wales both EPAs and LPAs exist but EPAs can no longer be made and only cover financial decisions. Unlike the EPA regime in Hong Kong, an LPA Donor in England and Wales or Singapore can appoint an Attorney to exercise specific powers over his/her healthcare and welfare decisions, in addition to the financial affairs of the Donor. Thus, the EPA regime in Hong Kong is narrower in scope as compared to its counterparts. In Hong Kong, decisions relating to the healthcare and welfare of a mentally incapacitated person must be made by a guardian who is appointed by the Guardianship Board under Part IVB of the Mental Health Ordinance (Cap. 136), upon an application by a relative of the mentally incapacitated person, a social worker, a registered medical practitioner or a public officer of the Social Welfare Department. One of the benefits of executing an EPA in Hong Kong is that the Donor is given the flexibility to specify a commencement date or trigger event for the commencement of the EPA. On the other hand, an EPA or LPA that is executed in England and Wales can take effect once it is executed and registered or in England and Wales may be drafted only to come into effect on incapacity, or in Singapore a registered LPA only comes into effect on incapacity. While a foreign equivalent of an EPA / LPA can be recognised in England and Wales as well as in Singapore in limited circumstances, the Enduring Powers of Attorney Ordinance (Cap. 501) in Hong Kong does not provide for the recognition of EPAs / LPAs that are executed in foreign jurisdictions. Thus, if an individual has property and assets located in different jurisdictions, it would be advisable for him/her to execute multiple enduring/ lasting power of attorneys.

Another (but less commonly used) tool that individuals can employ to deal with healthcare and/or medical treatment post-incapacity is an advance directive (also known as a ‘living will’ or an ‘advance decision to refuse medical treatment’ in England & Wales, or 'advance medical directive' in Singapore). An advance directive enables an individual (also referred to as a donor), whilst having full mental capacity, to give directions on the healthcare and/or medical treatment he/she would like to receive in the event that he/she subsequently becomes mentally incapacitated. An advance directive can take many forms and can, in some circumstances be made informally. It could be given by way of a prescribed form prepared by the Hospital Authority. An individual could specify whether life-sustaining treatment should be given to him/her in the event of terminal illness, persistent vegetative state, or other end-stage irreversible life limiting conditions. Although there is currently no legislation establishing the legal status of advance directives in Hong Kong, such directive will generally be respected unless challenged on the grounds of, for instance, incapacity or undue influence. This could be an especially useful tool in the current situation.

In circumstances of isolation and self-distancing, execution and witnessing of documents such as wills and LPAs is a challenge. The UK government has just approved a recommendation by the Law Commission confirming that electronic signatures are legally acceptable for the purposes of various types of document and deed. Wills are, however, specifically excluded and the position in relation to LPAs is still under discussion.

We can never foresee when the next pandemic or crisis will hit, or how we will be affected. As our current experience with the COVID-19 tells us, circumstances can change and deteriorate very quickly leaving us little time to prepare and plan. Therefore, in addition to taking health precautions against the COVID-19, it is advisable to act quickly now to put planning tools in place to protect our family and loved ones. Planning tools not only make clear the wishes of an individual but also provide comfort to family members in times of crisis. They also help to avoid disputes among family members on the handling of properties and financial affairs of the mentally incapacitated or deceased person. At the end of the day, if we have worked hard to provide for our family and loved ones, we would want to make sure that they are well taken care of and no time and efforts are spent unnecessarily on litigating our affairs. 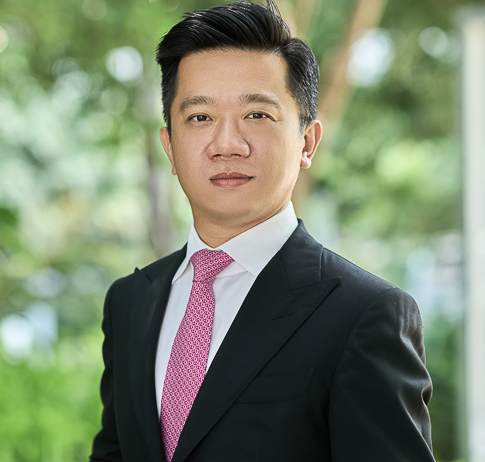