Startup Investments and the Long Reach of the PFIC Rules

What is less well-known, however, is that the PFIC regime also has a significant chilling effect on investment in early-stage operating businesses. The application and effect of the PFIC rules in these circumstances is often more punitive and less predictable than in the case of portfolio or passive fund investments.

Generally speaking, a PFIC is a non-US business entity which is: (i) treated as a corporation for US tax purposes (including, as a default matter, a UK limited company), and which (ii) meets one of two tests during the taxable year: (A) 75% or more of the company's yearly gross income is passive in nature (e.g. dividends, interest, etc.) (the 'Income Test'), or (B) 50% or more of the average yearly value of the company's assets are held for the production of passive income (the 'Asset Test'). When a US citizen, green card holder, or substantial presence resident (a 'US Person') holds PFIC shares directly or indirectly, he or she may be subject to a highly punitive tax charge (the 'excess distribution tax') when the PFIC makes a distribution or the PFIC shares are disposed of. The impact of the excess distribution tax increases exponentially with the length of the shareholder's PFIC holding period. In some cases, the amount of the excess distribution tax can approach or even exceed the entire gross value of the distribution or disposition proceeds.

If a US Person holds share in a PFIC in any particular year, that company is automatically treated as a PFIC in all subsequent years as to that particular shareholder regardless whether the company actually meets the Income Test or the Asset Test in any future year. This principle has been dubbed the 'once a PFIC, always a PFIC' rule.

As described below, the PFIC regime may apply in unintuitive and unpredictable ways to early-stage or startup-phase equity in a non-US operating company. If these issues are not addressed proactively at the beginning of a startup investment, it can be exceedingly difficult for such an investor to exit it without incurring a catastrophically high US income tax charge.

The threshold problem is that cash (including cash-like assets such as marketable securities) is treated as a per se 'passive' asset for Asset Test purposes. Accordingly, if during a company's initial financing rounds, the fair market value of its balance sheet is comprised of more than 50% cash or marketable securities, then the company will likely meet the Asset Test—and hence qualify as a PFIC—during that year. Furthermore, due to the 'once a PFIC, always a PFIC' rule, a US Person investor who holds shares in the entity during that year will be treated as holding PFIC stock for each subsequent year of his or her holding period (even if, in the next year, the value of the company's cash and cash equivalents drops below 50%). If the US investor is subject to lockup or other transfer restrictions in respect of his or her equity in the company, he or she may effectively be trapped into holding an asset that is accumulating an increasingly punitive US tax liability—the eventual excess distribution charge on exit—with each passing year.

A US Person investor may circumvent this problem in at least two ways.

First, the investor could request that the company itself elect make a so-called 'check-the-box' election to be treated as a partnership from inception for US tax purposes (which must be done no later than 75 days after the company's formation date). This would forestall any PFIC concern because, by definition, only a business entity treated as a corporation for US purposes may qualify as a PFIC in the first instance. The check-the-box election would in theory commit the entire company and all of its investors to treating the company as a partnership for all relevant US tax purposes. Yet if the company has no US tax nexus and no other US Person investors, the company should generally be indifferent as to its US tax classification and so should be willing to accede to the US Person investor's request that it make the check-the-box election.

Once a company makes a check-the-box election, the US Person shareholder would be treated for US purposes going forward as if he or she personally earned, each year, a ratable portion of the company's earnings, regardless whether the company makes an actual distribution of its earnings to its shareholders in any particular year (i.e. a 'dry' tax charge).

For a number of reasons, however, the 'check-the-box' solution discussed above is often unavailable or fraught with problems. First, if the company does not intend to make any actual distributions for the foreseeable future, the investor may have difficulty actually paying his or her 'dry' US income tax liability as it occurs. Second, if the US investor acquires his or her equity stake in the company after it has already been formed and funded, it will generally not be possible as a practical matter to file a check-the-box election effective as of the date of the company's formation because the election would give rise to a taxable capital gain in the US Person shareholder's hands. A check-the-box election with an effective date after a corporation's formation date is generally treated as triggering a taxable liquidating distribution of the corporation, followed by a deemed recontribution of the distributed assets to a newly formed partnership. If the company's shares have significant fair market value as of the date of the deemed liquidation, the check-the-box election could therefore trigger a significant amount of tax to the US Person shareholder.

Second, a US Person investor may prospectively avoid a PFIC tax hit on exit by making a so-called 'Qualified Electing Fund' ('QEF') election in respect of his or her PFIC shares at the beginning of his or her PFIC holding period. The QEF mechanism allows a US Person PFIC shareholder to elect, on a unilateral basis, to be taxed on an effective pass-through or arising basis in respect of his or her ratable portion of the company's yearly earnings. A QEF election would require the US Person shareholder to pay US income tax each year on such portion (regardless of whether--as in the check-the-box context--the company actually makes any shareholder distributions during the year). The punitive 'excess distribution' tax generally does not apply in respect of any company-level income over which a QEF election has been made.

Making a QEF election is often cumbersome in practice. In order to properly calculate his or her tax liability under the QEF system, an electing PFIC shareholder requires a substantial amount of financial and tax information from the underlying company, as determined using US tax accounting principles. Many non-US companies are unwilling or unable to provide this information on a timely and/or accurate basis.

The QEF mechanism is also sometimes poorly suited to investors who hold equity-like interests in a form other than conventional corporate shares. Under Treasury Department guidance, a US Person who owns an option to acquire PFIC shares, or convertible debt which is convertible into PFIC shares, is not permitted to make a QEF election until the time the option or the conversion feature, as the case may be, is actually exercised. Following such exercise, however, the US Person's PFIC holding period for purposes of computing the excess distribution tax will be deemed to include all of the prior period during which he or she held the option or convertible note. This may result in a confiscatory excess distribution or purging election charge when the post-conversion shares are sold (or the investor exits his or her PFIC investment in some other way)—one which cannot be addressed through the QEF mechanism.

There is no perfect solution to the problem of PFICs and startup equity. It is important for US Persons investing in early-stage companies to retain qualified US tax counsel capable of negotiating for appropriate representations, covenants, or indemnities vis-à-vis the company and its principals before any firm commitment is made. 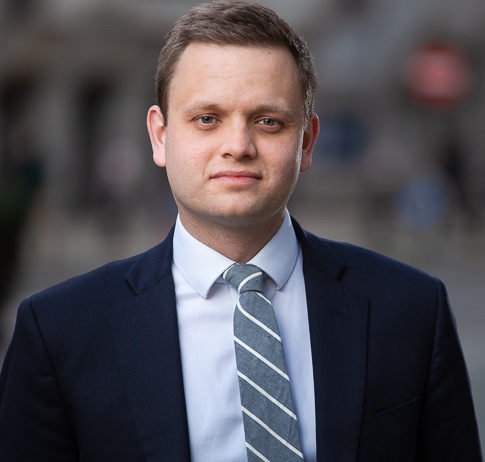 US UK cross-border tax and planning