Dawn is senior counsel in the trust, estate and inheritance disputes team.

Dawn has a wealth of experience litigating and working proactively with wealth-holding structures across the trust world, Europe, South America, Russia & CIS and the Middle East. She is tri-qualified (England & Wales, BVI and Eire) and acts in and advises on litigation spanning the whole range of trust and probate or estate and cross border succession issues. Once a problem has arisen she advises on ways to defuse contention, risk mitigation and alternative dispute resolution as well as on proceedings if necessary, ranging from consensual or prophylactic litigation to the most hostile of cross-border and multi-jurisdiction cases. As a recognised expert in this area, she co-authored _Probate Disputes and Remedies_, 3rd Edition, Jordan Publishing, a clear and practice guide to resolving contentious probate disputes. 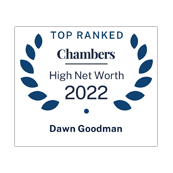 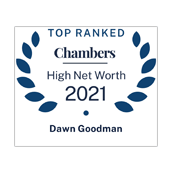 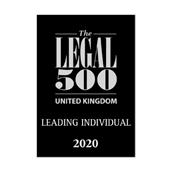 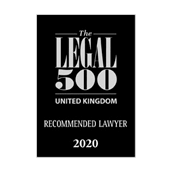 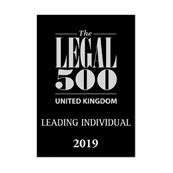 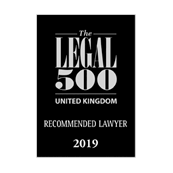 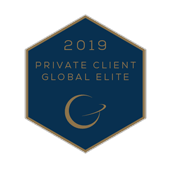 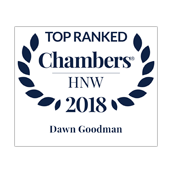 Dawn is always extremely professional and calm during all situations, clearly demonstrating she has listened to her client's opinion, thoughts and concerns before providing a detailed reply. Her approach to all matters is comprehensive, honest and straightforward.

Dawn is definitely a star, she has an absolutely fantastic reputation.

Dawn Goodman has almost legendary status in this world. Opponents quake when they know she is instructed.

She's extremely level-headed, practical and considerate…Dawn builds trust with us and with her clients, and her knowledge, experience and professionalism are exceptional - she makes her clients feel safe.

She has extensive experience in both domestic and offshore private wealth disputes and is described as absolutely top-notch.

Undoubtedly a star and the doyenne of trust litigation.

Dawn is a doyenne of the industry who is tough and very effective at what she does, she is famous. Dawn is regarded highly - she is an excellent lawyer and exceeds on really complex matters.

Dawn is described one of the 'most highly regarded practitioners in the world'.

My overall experience has been that for cases with large inherent or potential risks which may become contentious, Dawn’s team at Withers is a go to source of advice and support.

I wished to become an opera singer.

One miserable day longer ago than I care to remember I attended an interview with the Law Society who were to decide whether, as one of the youngest students and in a minority of 10:1 men to women at law school I was a fit and proper person to be admitted to the profession.

Uninspired by the inevitable ‘ Why do you want to become a solicitor?’ I replied that I didn’t: I wished to become an opera singer. Shocked, the interview panel searched for an explanation for my presence there, eventually lighting on my engagement ring and enquiring, ‘ Your fiancé- he is a lawyer?’

After this inauspicious start I decided that perhaps it was worth trying and found that I took to the law. Having begun my career in a country practice as a commercial litigator and divorce lawyer (sometimes known as Surrey’s Iron Lady) I was fortunate enough to join Withers and to set up and develop the Contentious Trust and Succession Team, now called the Trust, estate and inheritance disputes team.

At Withers life has rarely been dull: some cases resemble an opera libretto or a Greek tragedy. Withers is all about people: how they live, marry, look after their children, buy property, migrate, create and run businesses, set up charities, interact with each other and need help when that interaction breaks down. The work is intense and demanding but fascinating: complex legal issues often crossing cultures and borders; difficult family or business relationships giving rise to dispute and the rigour of the justice system (or several concurrently in a multi- jurisdiction dispute).

In recent years I have taken on fiduciary appointments, enabling me to see life as a charity trustee or director of a private trust company from those very different and instructive angles. I also advise on risk reduction and mitigation for trustees and other fiduciaries, using my experience of what goes wrong to help avoid it. Stress testing is another example of a poacher turned game keeper: having had a reputation as a trust buster it is not difficult to see the fault lines in a proposed or existing structure and advise on how to strengthen it.

Outside Withers I spend most of my time with my family doing almost anything creative or artistic, particularly renovating ruined properties.