Tessa is a consultant in the private client and tax team, focusing on tax investigations.

Tessa has extensive experience in advising the Board of the former Inland Revenue, Revenue and Customs Prosecutions Office as well as HMRC and SOCA (now NCA) in relation to their most complex direct and indirect tax investigations and prosecutions, as well as money laundering, organised / white collar crime, and regulatory offences.

Most of her work has been international in nature and Tessa has considerable experience of mutual legal assistance, extradition, search warrants, judicial review, injunctions, SOCPA production orders and legal professional privilege issues. Tessa was responsible for drafting the written responses to the Quadripartite Committee of the House of Commons, on strategic export controls. Tessa was also responsible for liaising with other countries, such as the USA and EU, as well as Eurojust to ensure that a coordinated approach could be taken to arms exports and enforcement.

Tessa now specialises in representing both companies and individuals who are subject to civil and criminal, direct and indirect tax fraud investigations and litigation, as well as defending white collar crime and regulatory offences.

In private practice, Tessa has represented a number of sophisticated investors, including traders and hedge fund managers who have been investigated by HMRC under both criminal and civil investigation of fraud, including investigations arising out of HMRC's criminal investigation into Montpelier tax consultants. She is also advising a client who has been raided by HMRC using their criminal powers and clients who have promoted high risk investments which have come to the attention of HMRC. 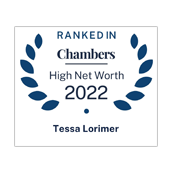 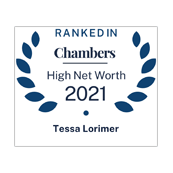 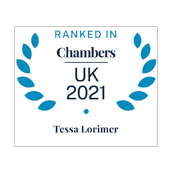 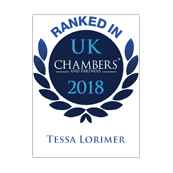 Tessa Lorimer is 'highly personable' and has a 'unique insight into cases.'

I was drawn into the world of tax investigations by a job description promising lots of overseas travel. In the event, I got no further than the Channel Islands during my first seven years with HMRC, but things have improved since then!

I spent 23 years working with the Inland Revenue, Revenue and Customs Prosecutions Office and the Crown Prosecution Service prosecuting fraud cases, and specialising in tax fraud. The experience gained in these agencies gives a unique perspective to the advice I deliver to my clients, frequently helping them in very difficult circumstances. With a deep understanding of the anatomy of an investigation, I am able to guide clients in the best strategy to resolve their tax dispute with HMRC.

When I'm not grappling with a tax investigation matter, I am otherwise occupied as taxi-driver for my two children and umpire between our two Jack Russell dogs.