On 16 July 2020, we published an article on why Hong Kong is the ideal place to resolve commercial disputes. In light of recent developments and especially with the latest concerns on whether parties should write out Hong Kong from legal contracts, we put forward additional considerations as to why Hong Kong remains an ideal place to resolve commercial disputes, in particular for disputes having Chinese factors.

As one of the leading commercial hubs for international business transactions, Hong Kong also prides itself as a prime location for dispute resolution not only in the Asia Pacific, but also worldwide. With an established and trustworthy English-Chinese bilingual legal system, Hong Kong is an ideal hub to resolve international disputes for foreign parties conducting business, or with parties based, in Hong Kong. Hong Kong is also ideal for disputes involving PRC entities given its geographic and economic proximity to Mainland China as well as exclusive benefits offered to Hong Kong-based litigations and arbitrations.

This article focuses on two key points of a dispute in showing why Hong Kong remains an ideal place to resolve commercial disputes: commencement and enforcement.

Hong Kong has maintained its common law system after the handover of its sovereignty to China and is the only Chinese city with a common-law jurisdiction. This provides international parties with the familiarity of a legal system and also the reassurance of the independent operation of Hong Kong's judiciary.

A party wishing to commence litigation in Hong Kong has to first identify the appropriate court. This would be based on the nature and amount of the claim. For commercial disputes, it would often be the District Court or the Court of First Instance of the High Court in which a party would commence an action.

Apart from a nominal filing fee for registering the "originating process" (setting out details of the claims and the amount of compensation being sought) with the court, the benefit for a litigant in Hong Kong is that no upfront court fees are required. This is in contrast to other jurisdictions, where courts would require payment of court fees based on a percentage of the total amount of the claim.

As a leading seat of arbitration, Hong Kong is home to a number of the world's top arbitral institutions, first-rate arbitrators, and foremost arbitration practitioners, making it an ideal place to commence arbitration proceedings. The increasing popularity of choosing Hong Kong as the seat of arbitration is also supported by statistics. Specifically, the Hong Kong International Arbitration Centre ("HKIAC") witnessed an increase of approximately 20 percent in administrated cases in 2020. In the same year, the HKIAC received 318 new arbitration cases with a combined amount in dispute of approximately US$ 9 billion. Of these cases, 85 percent were international in nature and the vast majority seated in Hong Kong.

Ease in commencing proceedings is one important factor as to why Hong Kong is an ideal place for resolving commercial disputes. However, once a party has a positive judgment or award on hand, it needs to be able to collect on it. Failure of a party to honour a monetary judgment or arbitral award in Hong Kong is not the end game. A party may still enforce such judgment or award overseas where assets of the losing party exist. As briefly summarized below, Hong Kong is also a preferred jurisdiction for issuing and enforcing court judgments and arbitral awards.

Hong Kong has long-standing reciprocal agreements for the recognition and enforcement of court judgments with 15 countries (7 of which are within the Commonwealth) under the Foreign Judgments (Reciprocal Enforcement) Ordinance (Chapter 319 of the Laws of Hong Kong). This means that a Hong Kong monetary judgment can be registered, then recognised and directly enforceable in these designated jurisdictions according to their respective statutes.

Such an enforcement mechanism is also possible in non-common law jurisdictions and the above options also apply to the enforcement of foreign judgments in Hong Kong.

With respect to arbitration awards, Hong Kong remains very arbitration-friendly and the courts have rarely refused to recognize or enforce an arbitral award (whether it is made in or outside of Hong Kong).

The Convention on the Recognition and Enforcement of Foreign Arbitral Awards ("New York Convention") is a key instrument in international arbitration. As of February 2021, 166 countries have agreed to recognize and enforce arbitration awards made in other signatory countries subject to limited conditions. The New York Convention applies to Hong Kong by virtue of China's extension of its application to Hong Kong. Therefore, so long as certain conditions are met, Hong Kong will enforce arbitral awards as if they were local Hong Kong court judgments.

The grounds for refusing enforcement of an arbitral award in Hong Kong (and other New York Convention countries) are very limited. These grounds mainly relate to procedural fairness, jurisdictional issues, and issues of public policy. Unlike the appeals system in national courts, substantive issues such as questions of facts and law determined in an award cannot be challenged or used as grounds for refusing enforcement.

Even in the unlikely event, an arbitral award made in Hong Kong needs to be enforced in a non-New York Convention jurisdiction, enforcement may still be possible.

Given its status as a Special Administrative Region of the People's Republic of China and as a separate jurisdiction from Mainland China, Hong Kong is in the unique position of being the only jurisdiction outside of Mainland China to have a number of mutual arrangements with Mainland China for judicial assistance covering various aspects of civil and commercial disputes. These include reciprocal recognition and enforcement of court judgments and arbitral awards as well as mutual assistance for court-ordered interim measures in aid of arbitral proceedings in the respective jurisdictions. Some features and benefits of these mutual arrangements are only provided to Hong Kong by Mainland China and are currently not available to any other jurisdictions worldwide. This solidifies the distinctive position of Hong Kong as the ideal place to resolve Chinese-related commercial disputes.

The implementation of the Arrangement on Reciprocal Recognition and Enforcement of Judgments in Civil and Commercial Matters by the Courts of the Mainland and of the Hong Kong Special Administrative Region (HKSAR) means the majority of civil and commercial judgments will be mutually recognized and enforced between Mainland China and Hong Kong. Whereas the Arrangement Concerning Mutual Enforcement of Arbitral Awards between the Mainland and HKSAR only allows for the enforcement of arbitral awards between Mainland China and Hong Kong.

In addition, under the Arrangement Concerning Mutual Assistance in Court-ordered Interim Measures in Aid of Arbitral Proceedings by the Courts of the Mainland and of the HKSAR, a party to arbitral proceedings in Hong Kong can apply for interim measures such as preservation of assets and evidence from the Mainland courts any time before the arbitral award is made. This is the first arrangement that Mainland China has signed with another jurisdiction concerning mutual assistance in interim measures in aid of arbitration, which was previously not available in Mainland China.

Hong Kong offers parties a transparent and user-friendly platform. Its recognized judicial system and exclusive mutual arrangements with Mainland China further strengthen its position worldwide as the ideal place for parties to resolve disputes particularly in light of the increase in cross-border relations between the East and West, in particular when the dispute involves Mainland Chinese entities or assets in Mainland China.

For further information on how Withers can help ensure the inclusion of a proper dispute resolution mechanism in cross-border transactions and/or resolution of international commercial disputes, please do not hesitate to contact us. 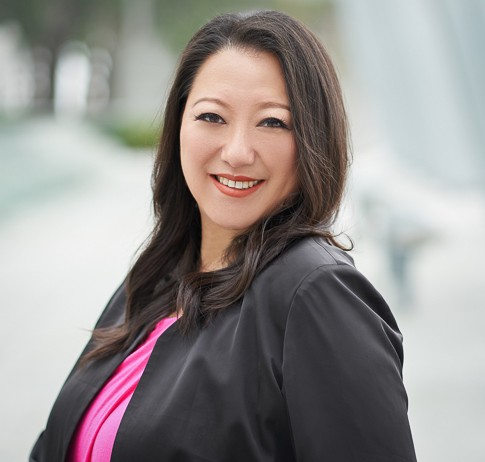