Paul serves as the firm's Global Head of Asset Finance.

He is widely regarded as the top global private aviation lawyer counselling ultra-high net worth individuals and their business enterprises on all aspects of private aviation. He also regularly counsels such individuals in connection with the acquisition, sale or financing of other high-value private assets, ranging from superyachts to rare collector cars. In addition, he is considered a leading global commercial aviation industry lawyer, where he focuses on counselling private investors across multiple industry sectors.

Paul has counselled clients on well over US$ 20 billion in transactions, as well as on restructuring and contentious matters. For doing so, Paul has been the recipient of many legal and aviation industry awards - including being named “Global Private Aviation & Yachts Lawyer of the Year” (Chambers & Partners) and “Asia Private Client Lawyer of the Year” (American Lawyer Media/Law.com). He has also been noted by the Financial Times on several occasions, in addition to The Wall Street Journal, Forbes, Bloomberg, China Daily and other business publications. He has also published and lectured extensively on various aspects of asset finance, principally aviation. He is now the Founder and Chairperson of The Hague Court of Arbitration for Aviation that launched in July 2022.

Paul is qualified to practice law in England, the United States (New York and Washington State) and Canada (Ontario).

Immediately prior to joining Withers, Paul served as the managing partner of a leading American law firm in Hong Kong and was co-chair of its global private wealth and asset finance practices. 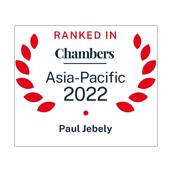 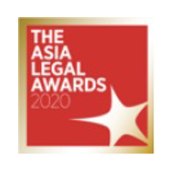 Paul's worldwide ultra high net worth client base is unparalleled in the sector... he is known throughout the industry as a top lawyer for aviation transactions and, in my opinion, the top lawyer representing UHNWIs.

"A top-tier aviation lawyer” and “very strong operator” who is “driven,” “extremely competent,” “technically skilled” and “extremely commercial” but “very practical” and “thinks outside the box” while being “efficient,” “attentive,” “responsive,” “patient”, “courteous", "honest, helpful and collaborative".