Whether or not you are a football fan, a global event such as the FIFA World Cup 2018 brings together communities from all around the world. Teams with different playing styles and fans with different cultures. We hope you have been enjoying our coverage of the games so far.

As we move into the knockout stages of the tournament, we continue to highlight the weird and wonderful legal quirks of the participating teams and the similarities and the differences between diverse nations and legal systems. With a twist.

All our comparisons will have a specific focus on our firm's key sectors. Each game, we'll release our brief comparisons of the teams involved and draw conclusions as to who we think 'wins' in the legal stakes. With our global teams having their say, will our predictions reflect the outcome of the World Cup? Follow us to find out*.

Click here for our comparisons on games in the group stage - round one, two , three and the final stages.

Switzerland have lost just once in their last 25 games while Sweden were the surprise winners of Group F, which included the previous World Cup winners Germany. Who will be victorious when the referee blows the final whistle today? But what if it is not the referee?

In Sweden, public sector employees have a constitutional right to freedom of speech, and their employers are prohibited from penalising them for exercising this right. Private sector employees do not have the same rights although the Trade Secrets Act gives protections to all employees, especially if the disclosure is for the purpose of revealing a crime or serious wrongdoing within the employer.

In Switzerland, there is no general protection for whistleblowers and the Swiss courts regularly treat a disclosure of confidential information to the public as a criminal offence. Whistleblowers therefore risk civil and criminal penalties if they go public. Whilst reform may be coming it is not here yet.

England stuttered through their first match against Tunisia, stealing it at the end, before thumping Panama. The second XI then lost to Belgium (and that all important momentum). Although they topped their group, Colombia have had a similar run, winning and losing the same number of matches so far. As we wait to find out who will be flying home tonight, we compare private jets as a luxury asset.

Whilst the UK aircraft register has over ten times as many private jets to that in Colombia, this doesn’t give a complete picture. Regularly owners choose to register private jets in jurisdictions such as Isle of Man, Jersey and Cayman. Interestingly Colombia ratified the 2001 Cape Town Convention (which enables a lender or lessor to register their interest over an aircraft and / or its parts) back in 2007, whilst the UK only did so as recently as July 2015. We don’t know how many England and Colombian footballers have their own private jets although we are not convinced it will have much bearing on the result.

England to squeeze past 1-0. Let's hope it doesn’t go to penalties!

Although Mexico has not beaten Brazil in more than six years, Captain Guajardo seems rather optimistic about beating the five-time champion. Brazil is plagued with injuries and the team may be without left back Marcelo who was forced out of the group-stage finale with Serbia because of back spasms. But while Brazil has won two titles in the last seven World Cups, Mexico hasn’t won a game in the second round since 1986.

Family offices in Brazil and Mexico do not have it as tough as their soccer teams. While there are no set rules in Brazil on what services a family office can or cannot offer, there are certain advanced investment and finance-related services that most of them provide for their clients which are not available within a private banking or traditional wealth management setting, including tax management and advisory, cash flow management and budgeting, multigenerational wealth transfers, donations to nonprofits, major gift plans and political donations, among others.

In general terms, legal and tax services offered by family offices in Mexico do not have restrictions under Mexican law. However, relevant regulations for investment advice services were introduced recently through the Mexican Stock Exchange Law, which subject individuals and entities that provide personal investment advice to the supervision and registration with the National Banking and Securities Commission of Mexico.

Moreover, taxation in Mexico to family offices set up as corporations is higher than in Brazil. Mexican corporations are subject to federal corporate income tax of 30% on their taxable profit and dividends are subject to an additional 10% withholding tax. While in Brazil, the corporate tax rate on profits is 15% and no tax is withheld or due on the distribution of dividends by Brazilian companies.

For England it is the game that could have been… but instead it will be the formidable Belgium squad facing off against Japan today.

When looking at philanthropy, French man of the moment Kylian Mbappe has made the news for his plan to donate all his international fees to charity. If the likes of Lukaku, de Bruyne and Okazaki were inspired by his example they should be sure to make use of the tax reliefs available for charitable donations in their home countries – in the UK tax reliefs are available on certain gifts of cash, land and shares to charities.

Russia have looked confident in front of their home fans in the group stages. However, their 3-0 defeat to Uruguay in the last group match may dampen their confidence going into what many expect to be their toughest game so far. Given the Spanish team are now 23 games unbeaten they did not make it easy for themselves winning the group on goals scored. This will be an interesting match, up against a hard working Russian team who are ranked third in distance covered. But how do the two teams compare when considering luxury assets?

Both Russia and Spain are recognised as one of the top 20 countries with the most billionaires - with Russia in 5th and Spain in 19th place.

Super yachts have long been popular with the ultra wealthy and it is clear that both countries share an interest. In Spain, a number of ultra high net worth individuals own super yachts, including some well-known Spanish footballers, which range from 31.5 to 59 meters in length.

Despite a decline in purchase in the past, recent years have seen a rise in the number of high net worth Russian businessmen who have invested in super yachts. These have ranged from 47 meters to an incredible 162.5 meters in length, some of the largest super yachts in the world.

However, whilst super yachts may be increasingly popular with the ultra wealthy in Russia, Spain still harbours some of the most desirable and expensive ports to dock.

A close call but an overall 2-1 win to Russia.

Croatia will go into today’s game with Denmark as favourites following their impressive results in the group stage, winning all three matches. However, Denmark should not be overlooked having not lost a game yet this tournament. Both teams have not yet conceded a goal from open play. Today we look at how owners and entrepreneurs in Croatia and Denmark fair against each other.

Over the last decade, numerous efforts have been made to create a climate that is conducive to entrepreneurship in Croatia . The establishment of HITRO.HR a public one-stop-shop that aims to streamline the start-up process for establishing an enterprise by eliminating administrative hurdles. Despite the significant role of SMEs in the Croatian economy and the efforts to support enterprises, entrepreneurship remains at low levels. According to the Global Entrepreneurship Monitor survey, Croatia scores poorly regarding activity in the start-up of new business ventures. According to the World Bank's 2017 “Doing Business”, which looks at the regulatory impact in different economies on the ease of starting business, Croatia was ranked 83rd out of 190 countries, Denmark was ranked 3rd.

Denmark is one of the major start-up hubs in Europe with an active and growing start-up ecosystem. High levels of education across the general population form a strong basis for absorbing new technologies, starting businesses, and creating competition. Simultaneously, Denmark has worked hard to create a better overall framework for the development of new ideas and businesses.

Argentina edged through as Group D's runners up courtesy of Marcos Rojo's superb volley in the 86th minute in their dramatic 2-1 victory against Nigeria. In contrast, France's final group match was far less exciting as both France and Denmark had qualified from Group C with a game to spare. The last competitive meeting between them was in the 1978 World Cup group stage and France have never beaten Argentina in five attempts. As they are now in the knock-out stage, we are expecting both teams to adopt a more aggressive approach in upcoming game on Saturday.

Both nations' are sponsored by two of the most well-known brands in the world - Nike and Adidas. The two brands fall on relatively common ground in terms of their legal activity. Adidas has filed more lawsuits than Nike over the past few years. However, Nike has filed more patent infringement claims, and a few trademark infringement proceedings against Chinese entities. Apparently less inclined to fight in court, Nike focused on procuring patent rights and is believed to have ten times more patents than Adidas.

Although both wear a prominent brand on their chests, France's more physical line-up may grant them a decisive edge towards the end of a predictably tough and balanced match, so we predict on this occasion France may eventually come out on top – 1-0.

Footballers have always been attracted to Uruguay's territorial corporate tax system, under which only income derived from business activities conducted in Uruguay is subject to national corporate income tax at the rate of 25%. Foreign-source income is exempt from taxation and no taxes on corporate income are levied by local or municipal governments.

In contrast, Portugal has a worldwide tax system, under which a resident corporation's global income is subject to national taxation at the rate of 21%. Income may also be subject to local and municipal governments taxation.

*The information and comments in this blog are for the general information of the reader and are not intended as legal advice or opinions to be relied upon in relation to any particular circumstances. For particular application of the law to specific situations, the reader should seek professional advice. 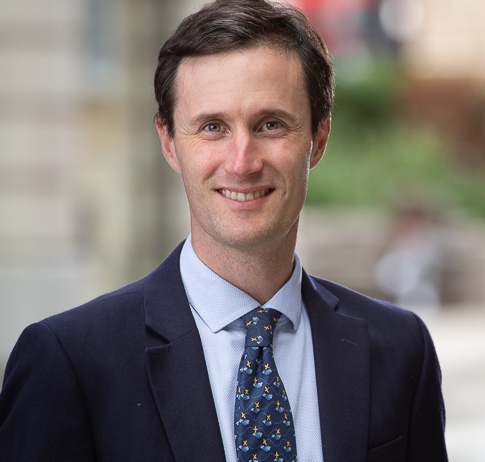