Court in the middle - a comparison of child removal applications in England and Wales, Hong Kong and Singapore

Child relocation, or the application to permanently remove a child from the jurisdiction following a relationship breakdown, represents one of the most difficult aspects of family law to come before the court, no matter where the jurisdiction. It is one of the few examples where the court makes a binary decision and there is little scope for compromise.

England and Wales, Hong Kong and Singapore all attract multicultural families and expatriates worldwide to work and live in their cities. Each country has individuals who choose to work abroad for a period of time but the question is: are they aware of all the implications which are involved in moving a family? Will they be able to leave the chosen jurisdiction without applying to court, and how will this impact their families?

Fundamentally, the basics of family relocation, especially when it involves children, should form part of all decisions to relocate.

Similarities between England and Wales, Hong Kong and Singapore

The key factor which is common to each of the jurisdictions is that the court must make an order which is in the best interests of the children. The court undertakes an extensive evaluation of all the relevant circumstances.

There is no presumption in favour of the parent seeking to move overseas, or the primary carer. The court should consider, as one of the factors at play, whether refusing the primary carer’s reasonable proposals for relocation would have a detrimental impact on the welfare of their dependent children because of the refusal’s impact on that carer. The rationale behind the well-known English and Welsh case of Payne v Payne was that a child’s happiness and security depended on the wellbeing of their primary carer (1), traditionally the mother, and therefore the court should be slow to interfere with her reasonable proposals.

The potential loss of relationship between the child and the parent that will be ‘left behind’ if the relocation takes place is another important factor. It is generally agreed that it is in every child’s best interests to have both parents physically present and involved in their lives. The stronger the relationship with the child and the more involved each parent is in the child’s life, the more the child will feel the loss if he or she is relocated overseas.

Another common factor is whether there is a genuine motivation for the move and not simply a desire to limit contact between the child and the ‘staying’ parent, or a desire to block the other parent from leaving in order to punish that parent.

The parent intending to relocate needs to have a comprehensive and well thought out plan for the children in their new location. The court will scrutinise the proposals being put forward, expecting these to have been well researched and investigated. Where the child will live, what school they will go to, and how the child’s expenses will be met in the new country are all matters the Court will take into account in each jurisdiction. The defending parent should put forward an alternative proposal to persuade the court for the child to stay.

To compensate for the lack of physical contact with the left behind parent, most orders following a permanent removal will be accompanied by generous remote communication via social media (such as Skype, WhatsApp, Facetime) and phone calls, as well as an equal division of the child’s school holidays.

The child’s opinions will be taken into account. In each jurisdiction, the process will involve the relevant social welfare department in that country, and as part of a report, the children will be interviewed, and their views noted. The age and maturity of the children will be an important factor as to what extent the children’s preferences will be determinative in the court’s balancing exercise of all factors.

All three jurisdictions have signed up to the Hague Convention on the Civil Aspects of International Child Abduction in respect of children being wrongly removed from their place of habitual residence.

On issuing proceedings, the court will have jurisdiction over all children: in Singapore this means until they are 21 years of age, in Hong Kong the age limit is 18, and in England it depends on the application and the circumstances. It may be that English courts will not make an order for a child over 16. It is likely to be ‘inappropriate and even futile to make orders that conflict with the wishes of an older child’ as per Peter Jackson LJ in Re C where the child he referred to was 17 years old. (2)

In Hong Kong and Singapore, the applicant must seek leave to remove the child. In England and Wales, if both parties consent the other party may leave permanently without seeking leave. Under English and Welsh law there is a no order principle and so the court will only make an order if to do so is better than to make no order at all.

There are some differences in terminology and legal status,. In Singapore, only the parent with ‘care and control’ whom the child lives with, can apply to relocate with the child.

The approach of the Court in each jurisdiction: a trend against removal?

The court must bear in mind the statutory presumption that unless the contrary is shown, the involvement of both parents in the child’s life will further their welfare.

One of the leading case remains K v K (Relocation: Shared Care Arrangement) where it was said that the ‘only principle of law enunciated in Payne v Payne is that the welfare of the child is paramount; all the rest is guidance.’ (3)

The court must carry out a child-focused, proportionate global and holistic evaluation of each parent’s proposals and their impact on the child at the heart of the case. It is unhelpful to categorise cases as ‘primary carer’ or ‘shared care’ cases, and each must be approached on their own merit.

The Hong Kong Court of Appeal in ZJ v XWN (4) reconsidered the position of the primary carer in light of K v K, and confirmed that previous guidelines in Payne were simply tools to assist the family judge in making a comprehensive assessment to decide the best interests of the child, after considering the potential impact on both parents. There was no presumption in favour of the primary carer. However, the Family Court of Hong Kong held, in a 2019 case that Payne is not to be jettisoned. The relevant factors provide a structured framework in which the appraisal is to be made holistically. In many Hong Kong cases, Payne is viewed favourably. Nevertheless, it has been held that, in cases of shared care, one parent would find it harder to succeed in their application to remove a child.

Recently in UYK v UYJ (5) Justice Debbie Ong held that “there is no presumption for or against relocation” and factors which the court would consider in a relocation application include “the child’s age, the child’s attachment to each parent, the child’s wellbeing in her present country of residence as well as the child’s developmental needs at that particular stage of life”.

Generally, the longer the parties have lived in Singapore, the harder it will be to relocate and if the children were born there and have only known Singapore as their home, the application is liable to fail. There is also the element of a person’s status in Singapore: if their divorce means that they do not have a right to stay, this may be a factor, but if the applicant is a permanent resident, removal may prove to be more difficult. For applications based on a new job opportunity overseas, the applicant will have to prove that it is a necessity, not an option. Businesses should consider if they are unwittingly creating a problem when posting their employees overseas.

Fortunately, an analysis of the three jurisdictions considered in this article would suggest that the fundamentals are very similar. As no two cases are exactly alike, the decision on whether to allow relocation is in each case a fact centric exercise, but there does appear to be a trend against allowing removal as courts move away from the guidelines in Payne.

This article was published in the April 2021 issue of the STEP Journal. 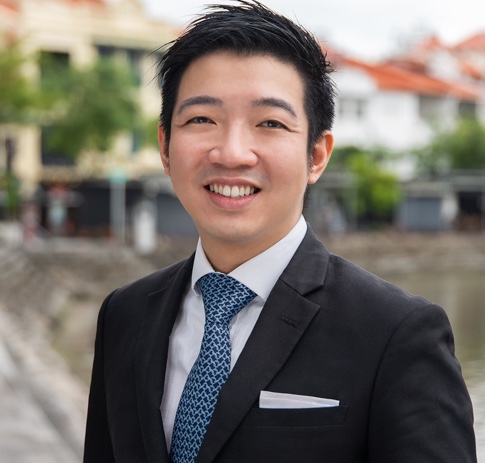 Children involved in your dispute