Impact of novel coronavirus on construction contracts in Singapore

On 30 January 2020, the World Health Organization (WHO) declared that the coronavirus disease 2019 (Covid-19) outbreak constitutes a public health emergency of international concern and, at the time of writing, has spread to more than 25 countries outside China. These numbers would have been a lot more if not for China's aggressive responses in countering the infections, including the locked-down of major cities at the outbreak's epicenter in Hubei province, effectively isolating more than 50 million people.

Many countries have since restricted flights to and from China, and anyone arriving from China will very likely be subjected to at least 14 days of quarantine, or even denied entry.

On 7 February 2020, in response to the evolving situation, Singapore raised the Disease Outbreak Response System Condition (DORSCON) from Yellow to Orange. This indicates that the disease is severe and spreads easily from person to person but has not spread widely in Singapore and is being contained.

Numerous measures have been implemented to contain the spread. With public health as paramount, we note that some of these measures could cause labour constraints at construction projects, notably:

What are we seeing?

Most industries in Singapore are feeling the impact of COVID-19, especially the construction industry. With our finger on the pulse, we have received numerous enquiries during this period, with the most common issues being:

Each case will have its own facts and circumstances, but essentially most parties are looking at potential EOTs to complete their projects.

The REDAS Conditions expressly defined force majeure, and the only possibility of invoking force majeure is arguably to rely on clause 18.2.4 and argue that the measures of the Singapore government can be construed as embargoes:

Both SIA Conditions and the PSSCOC, however, do not explicitly define force majeure. Parties can make their arguments to invoke force majeure based on the following:

Apart from force majeure, there are two other possible grounds that may arguably be used to apply for an EOT relating to COVID-19.

Under clause 14.2( c ) of the PSSCOC, one of the grounds is "embargoes" similar to the REDAS Conditions. However, here it is limited to an embargo in Singapore. This means that while the Chinese workforce issue may succeed with this clause, the issue with Chinese subcontractors/suppliers will not be able to rely on this clause.

Under clause 14.2(e), the event for EOT is stated as: "Compliance with the requirements of any law, regulation, by-law or public authority or public service company as stipulated in Clause 7.1." There seems to be no restriction to any law, and it is arguable that stoppage of productions in China were mandated by Chinese laws and regulations.

Similar to the PSSCOC and REDAS Conditions, the SIA Conditions provide for force majeure and "embargoes" as grounds for EOT.

Unfortunately, most employers typically delete these two clauses from the contract. If they are not deleted, however, they could potentially be grounds for EOT arising from governmental actions in response to COVID-19.

Whether or not the arguments for EOT may succeed, parties involved in contracts with such disruptions and intend to apply for EOT should preserve their right to EOT by the following actions:

Employers who are suffering the delay and intend to resist the invocation of a force majeure clause may have the following arguments:

It is easy to overlook the financial impact on the industry in light of the public health focus. Already, major Chinese Liquefied Natural Gas importer China National Offshore Oil Corporation (CNOOC) has begun to declare force majeure in response to commercial disruptions. In the building and construction industry, travel restrictions and locking down of manufacturing plants in China will impact the global supply chain and construction projects.

With no end yet in sight, stakeholders in the building and construction industry should review their present contracting arrangements and take early steps to protect their interests in both the operational and legal front. 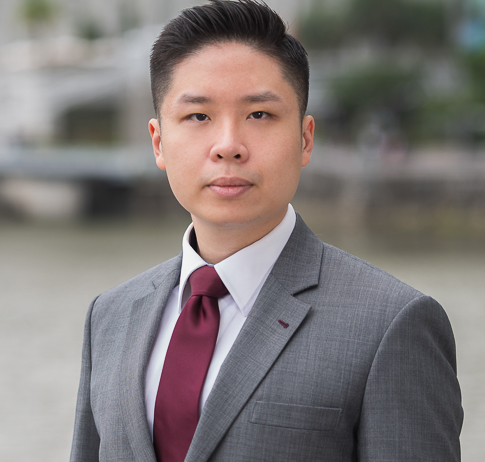